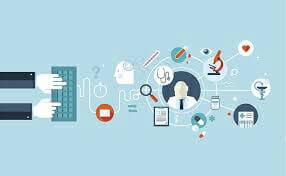 FDA is taking a second swing at defining how it plans to regulate clinical decision support software, releasing a revised draft guidance on 26th September 2019 nearly two years after its controversial attempt at defining a regulatory framework in December 2017. FDA said it intends to focus its oversight on software that informs clinical management for serious conditions where a healthcare professional cannot independently evaluate the basis of software recommendations. The new draft guide appears to track with recommendations from the medical device industry that advocated a risk-based approach is needed for the software. The agency also separately released final guidance and revised four final guidance to clarify types of software, such as fitness apps, that are not defined as medical devices under the 21st Century Cures Act.

Still, the new draft guidance is a major overhaul that largely tracks with the risk-based approach the CDS Coalition asked for and is not just a tweaking of the original draft guidance. FDA says it does not plan to enforce compliance for software functions that are intended to inform clinical management of non-serious conditions. While software can still be regulated as a medical device in some cases, such as when information from a third device like an MRI or CT scan is used, if a software user understands the basis of the information and has time to consider it as part of an overall decision-making process, the software shouldn’t be regulated as a device under the new guide.