Union Minister for Health and Family Welfare, Dr. Harsh Vardhan, today visited National Health Authority (NHA) to conduct a high-level review of the implementation of Ayushman Bharat – Pradhan Mantri Jan Arogya Yojana. He interacted with officials of the NHA taking a complete review of the scheme’s implementation in the country covering all important aspects. 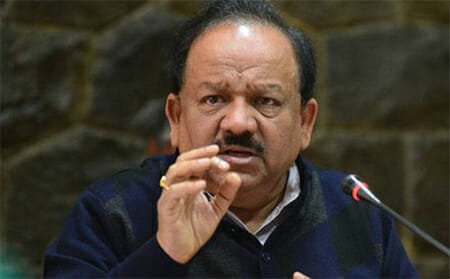 He appreciated the progress of the scheme as it nears completion of its first year since launch. Noting its progress, the Minister said, “I am pleased to know that more than 39 lakh people have availed cashless treatment worth over Rs. 6,100 crore for serious illnesses since the launch of AB-PMJAY. This has resulted in savings of Rs. 12,000 crore to the beneficiary families.” He also said, “At this juncture it is important that this initial momentum be maintained in the implementation across the country and the states put in greater strength and efficiency in scaling up their progress and providing seamless health services to the last mile.”

The Minister launched the newly designed grievance management portal of AB-PMJAY. This is an online system to help members of the general public to register their grievances and get assisted support. He kick-started the preparations for the first anniversary of the scheme. Several events are being planned across the country to commemorate the occasion. 23rdSeptember will be celebrated as Ayushman Bharat Diwas. The fortnight of 15th – 30thSeptember will be marked as the “Ayushman Bharat Pakhwara” where several activities will be carried in the States to generate awareness around the scheme and celebrate this gift of health to the nation.  A mega national event “Gyan Sangam” will be organised from 29th – 30th September in New Delhi to highlight the progress and achievements of AB-PMJAY. The Hon’ble Prime Minister has kindly agreed to preside over the occasion.

The Minister visited the different teams and mingled with officials asking them about their work in NHA. He took a deep interest in the cyber security and privacy mechanisms set up at NHA to protect the beneficiaries’ data. He appreciated that NHA has from the very beginning developed the necessary policies and guidelines and adopted the highest global standards and principles including the HIPAA of US Healthcare, GDPR of the European Union and ISO 27001 to safeguard data of crores of citizens. He emphasized that the highest standards of security and privacy, and zero tolerance for corruption and fraud be the cornerstone of the culture of AB-PMJAY.