End-stage renal disease (ESRD) drives research and growth of artificial kidney disease. ESRD patients have two survival choices: a successful kidney implant from a healthy donor or 4 to 6 hours hooked 3 or 4 times a week to a dialysis machine for the rest of their lives. Patient motivation could not be much for other options for ESRD therapy. For millions of clients, the elevated price of continuing dialysis also forces the healthcare system to look for other medicines. Let us take a look at a wearable internal artificial kidney, an artificial kidney implant layered nanochip, and a kidney constructed on a chip to accelerate drug testing. 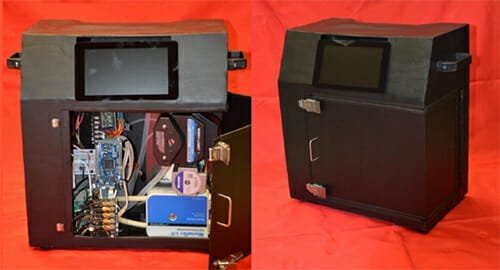 U.S. Kidney Research Corporation (USKRC) recently announced a prototype for an implantable artificial kidney that requires no water, dialysate concentrate, or dialyzer for blood purification. Nowhere close implantable is the present prototype — 16′′ long by 10′′ wide by 20′′ high. It has passed in-house laboratory testing and will later this summer undergo its first animal testing at an FDA-ISO-compliant plant. The new structure, according to USKRC, uses various techniques to fulfill the two main tasks of filtering blood and transport ions in the kidney. The system does not use components based on dialysis or biology.

The USKRC technology was co-developed by Dr. Ira Kurtz, Chief of Nephrology at the University of California and U.S. Kidney Research Corporation’s Chief Science/Medical Advisor along with a team under the leadership of Jamie Hestekin Ph.D., University of Arkansas. According to Kurtz, the same technology behind the standalone machine can be miniaturized to make wearable and implantable versions of the artificial kidney.