Health authorities must make a determined effort to eliminate an “unacceptably high” rate of tuberculosis infections in India and other developing countries, a leading expert in lung and respiratory medicine said today. 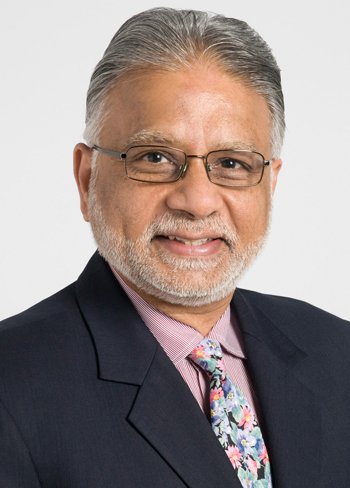 Dr. Atul C. Mehta, M.D., an Indian-origin pulmonologist at the U.S.-based Cleveland Clinic, said infections were the most common lung-health issue for lower-income countries. Tuberculosis, often shortened to ‘TB’, was the most serious of these.

“In India, not only is TB a problem, but it is a growing problem,” said Dr. Mehta.

“There are patients with multiple-drug-resistant tuberculosis, and public health organizations need to get involved in treatment.”

He said this was a clear contrast to higher-income countries, where lung cancer was seen as the bigger health concern, while tuberculosis was largely under control.

“The problem is one of poverty, not one of medical science,” explained Dr. Mehta. “Patients do not have the money to receive the treatment they need, or treatment is not available where they live. If they live in a small village, they may not have the means to get to a hospital.”

According to the Centers of Disease Control and Prevention (CDC), a U.S. government agency, about 33 percent of the world’s population is infected with tuberculosis, and in most cases the disease is latent. If it becomes active – what is called ‘TB disease’ – it can be fatal without proper treatment. While this was once a leading cause of death for the United States, the number of cases fell rapidly during the 1940s and 1950s due to new treatments becoming available. Today in the United States, only about 10 percent of the population carries latent tuberculosis, and in 2016 the incidence rate for TB disease was 2.9 cases per 100,000 people.

Dr. Mehta said the same reduction should be possible in India. He said the first step was education, making sure people did not ignore the symptoms, followed by an effort to improve access to treatment.

“Medicines must be available to all people who need them,” he said. “Access is an issue as hospitals or clinics are not available in smaller villages, and there needs to be subsidized treatment to improve affordability.”

Speaking on the sidelines of the 20th National Conference on Pulmonary Diseases (NAPCON) in Ahmedabad.

Dr. Mehta was in India recently to speak at the 20th National Conference on Pulmonary Diseases, which was held in Ahmedabad. He originally studied medicine in the city, at the Municipal Medical College affiliated with Gujarat University, and has been on the staff of Ohio-based Cleveland Clinic for 38 years.