Medical processes like imaging is a complex one, it often requires cutting someone open or making them swallow huge tubes with cameras on them. But what if could get the same results with methods that are less expensive, invasive and time-consuming? 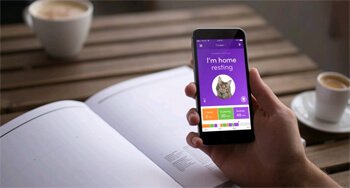 Researchers from MIT’s Computer Science and Artificial Intelligence Laboratory (CSAIL) are working on a system that they describe as an “in-body GPS”, called as ReMix. The device can pinpoint the location of ingestible implants inside the body using low-power wireless signals. The team demonstrated that they can track implants with centimetre-level accuracy in animal tests and believe similar implants could be used to deliver drugs to specific regions in the body one day.

The researchers first implanted a small marker in animal tissues to test reMix. They used a wireless device that reflects radio signals at the patient to track its movement, and a special algorithm to pinpoint the exact location of the marker. The team used a wireless technology that they’ve previously demonstrated to detect heart rate, breathing and movement. The marker inside the body does not need to transmit any wireless signal but simply reflects the signal transmitted by a device outside the body, without needing a battery or any other external source of energy.

The ability to continuously sense inside the human body has largely been a distant dream. One of the roadblocks has been wireless communication to a device and its continuous localization. ReMix makes a leap in this direction by showing that the wireless component of implantable devices may no longer be the bottleneck.