India ranks 4th in the world in deaths caused due to smoking, as per a 2015 study. Smoking has an extensive effect on the body, right from head to toe. According to the World Health Organization (WHO), smoking is the number 1 avoidable cause of death globally. There are over 4,700 harmful chemical compounds that are highly toxic, present in cigarettes and cigarette smoke. A frequent middle aged smoker is likely to die earlier as compared to someone of the same age group who has never smoked.

Smoking and the Brain: 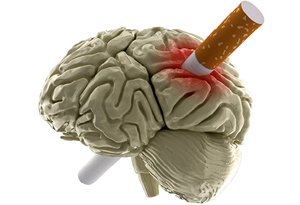 How to go about with quitting:

S – Set up a plan and keep a positive attitude

T – Talk to your doctor

O – Be open;share your goals with your family, friends, and co-workers

P –Be persistent, don’t give up!