Concerned at the increasing frequency and intensity of outbreaks of dengue and chikungunya, WHO today stressed the need to strengthen health systems’ capacities to prevent, detect, control and eliminate existing and emerging vector-borne diseases in WHO South-East Asia Region. 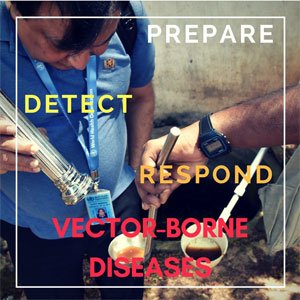 “A more holistic and integrated approach, along with improved capacities at national and sub-national levels, are vital to effectively respond to vector-borne diseases. Most vector-borne diseases are preventable if vector control is well implemented,” Dr Poonam Khetrapal Singh, Regional Director, WHO South-East Asia Region, said.

In recent years the transmission dynamics and risk of vector-borne diseases have shifted due to unplanned urbanization, increased movement of people and goods, and environmental changes.

To effectively respond to the growing risk of vector-borne diseases, countries need to strengthen coordination between health and non-health sectors, and within the health sector, the Regional Director said here at the Seventieth Regional Committee session of WHO South-East Asia Region, emphasizing the need for malaria and other vector-borne disease programmes to work closely with each other, and to link-in with water, sanitation and hygiene initiatives and health management information systems.

Countries also need to establish and strengthen effective entomological surveillance systems to study local mosquito species, their susceptibility to insecticides, monitor insecticide resistance, as well as vector and human behaviors that may allow mosquitoes to avoid interventions and thereby maintain disease transmission. Information made available through such enhanced and improved surveillance is critical to planning and implementing tailored and effective strategies.

The Regional Director said that countries in WHO South-East Asia Region need to collaborate to fill the gap of trained entomologists, strengthen cross-border collaboration for vector control and align their vector control programmes.

Proven and cost-effective interventions such as the use of insecticidal nets, indoor spraying, use of larvicides, and eliminating mosquito breeding sites need to be further promoted through stronger community engagement.

“Vector-borne diseases disproportionately affect poor populations and impede economic development through direct medical costs and indirect costs such as loss of productivity and impact on tourism. We need to prioritize action to prevent and respond to these diseases,” Dr Khetrapal Singh said.

The Region bears a high burden of vector-borne diseases, including dengue, malaria and lymphatic filariasis. Though all countries in the Region have been making efforts to address the problem, the full potential of vector control is yet to be realized, she said.

Vector control is among the key issues discussed at the Seventieth session of the Regional Committee, currently being held in Maldives. The Regional Committee is the highest decision-making body for public health in the South-East Asia Region, and includes health ministers and senior health ministry officials of the Region’s Member countries – Bangladesh, Bhutan, Democratic People’s Republic of Korea, India, Indonesia, Maldives, Myanmar, Nepal, Sri Lanka, Thailand and Timor-Leste.