A doctor juggles between lots of roles. From being a physician to a provider at home and finally being member of a family. It’s tough to be at all the places and be everything at the same time. For some doctors Patients are the first priority. They love to serve humanity and this was the reason why they chose medicine as their career. For some, the economic independence that comes with the profession is more important. And there is nothing wrong with it. When a person spends years studying, putting in energy and resources, It’s nothing but obvious to expect returns. For others, their families are their first priority. The warmth of their home and their family members is what keeps them going. 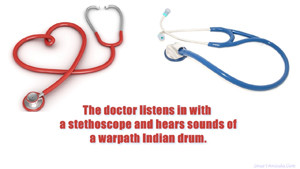 To understand more about the life of doctors and know their priorities, Curofy conducted a poll asking doctors what their first priority is, patient’s, family or economic independence. Out of 1820 doctors who responded, 60.4% said that they prioritize their patients over everything else.

“Being a maxillofacial surgeon I mostly deal with smiles of my patients.” said Dr Gagan Sabharwal, Consultant, Fortis healthcare. “It gives me immense pleasure to see them leave with a better and bigger smile that they came in with. So yes, I am very passionate about my work and my family time is very less, I cannot help it. My desire to help patients is way above.”

Only 26.3% said that they would prefer their family over patients. Which shows how selflessly doctor’s serve the community.

Concurrently 63.6 % of doctors said that they would rather work in a private set up than at a corporate hospital.

Even though working in a hospital set up gives one economic security and stability, a large number of doctors prefer to go for private practice. This can be owing to the fact that corporate hospitals judge doctors on new parameters, which may be completely independent of their skills. Hospitals look for patient satisfaction and their feedback is a metric in itself. With the aim of providing patient satisfaction, giving handsome salaries to doctors and generating revenue, Corporate hospitals have been frequently accused of turning medicine into business.

Contrary to this, private practice gives a doctor independence as well as control of their working hours. This independence allows physicians to determine their own courses of action regarding the hiring of staff and development of a successful practice. But on the flip-side if anything goes wrong, one would have to look in the mirror for the culprit.

“ Their is better accessibility to patients in private practice.” said Dr Krishnakant Pandey, Medical Officer, North MCD “ It’s a lot more comfortable for doctors even though there is less of infrastructure in private practice than in corporate hospitals.”

The poll results clearly showed that in today’s day and age when corporate hospitals treat patients as consumers and physicians are frequently accused of turning medicine into business, a lot of doctors still hold their patients above everything else and prefer to practice independently to serve them better.

Pawan Gupta, co founder Curofy commented on this saying, “Doctors are largely misunderstood in our society. On the occasion of doctor’s day, we decided to understand our doctors better through this poll and the result clearly showed that physicians still hold up the sanctity of practicing medicine. We can only thank our doctors on this day for serving humanity selflessly.”