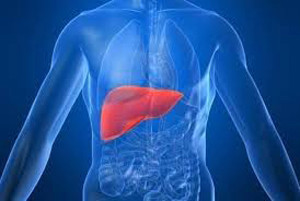 The breakthrough makes Pandorum the first Indian firm to develop 3D bioprinted liver tissues, and represents a major step forward in the on-demand manufacturing of 3D printed human organs. In addition, the company noted that it was able to keep the artifical liver cells alive for as long as four weeks.

The 3D bioprinting market is one of the fastest growing areas in 3D printing right now, with companies in a veritable race to be the first to develop functional human tissue, skin, vascular systems, and eventually entire organs. Quite recently, we have seen a few major breakthroughs, including 3D printed ‘living’ blood vessels that can deliver nutrients and self-assemble just as in the human body; and the first 3D printed thyroid gland used in a successful transplant operation on a mouse.

“Liver toxicity and drug metabolism are the key hurdles, and contributors to failed human trials. Our 3D bio-printed mini-livers that mimic the human liver will serve as test platforms for discovery and development of drugs with better efficacy, less side-effects and at lower costs,” said Arun Chandru, Pandorum Technologies MD and Co-Founder.

“This is a significant milestone,” said Tuhin Bhowmick, PhD, Pandorum’s second co-founder. “Being able to engineer complex tissues such as the human liver is no easy task.” He added that the development of artificial organs has multiple clinical uses, from developing bio-artificial liver support systems for patients with liver failure, to eventually addressing the acute shortage of human organs available for surgical transplantation.