India  announced that it would contribute $2.1 million to the World Health Organisation (WHO) as a “reflection” of its commitment to the global health body and its mandate. 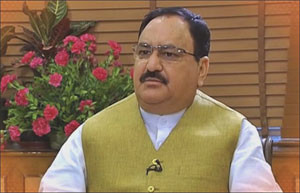 Health Minister J P Nadda,  at the 68th World Health Assembly (WHA) that commenced here, said “inequities of resources has a direct correlation with the inequities of health” and there was a need to redouble efforts in the post-2015 development agenda to surmount “ever increasing public health challenges”.

Reducing health inequities among the countries and within countries, providing sufficient human resources for health, ensuring access to affordable medicines and diagnostics and preventing diseases by promoting healthy lifestyles are other challenges, he said.

“As a reflection of our own commitment to the WHO and its mandate, I am happy to announce the following voluntary contributions from India to the WHO — USD 1 million for the proposed WHO Contingency Fund, another USD 1 million for the implementation of identified demonstration projects under the Consultative Expert Working Group (CEWG) Framework,” Nadda said.

He said India will contribute another $1,00,000 for the member state mechanism on SSFFC (Substandard/ Spurious/ Falsely-labelled/Falsified/ Counterfeit) medical products.

The presidency of WHA, the top decision making body of the WHO, is based on a regional rotation practice and saw India assuming presidency after 18 years.

The year 2014 witnessed an “unprecedented health challenge” with Ebola virus disease outbreak while the threat of outbreaks of new “emerging and re-emerging pathogens stares at us”, Nadda said.

“Inter sectoral cooperation will not be meaningful unless we are able to leverage the strengths of the civil societies and the non-government sectors,” said Nadda at the plenary session of the global health body.