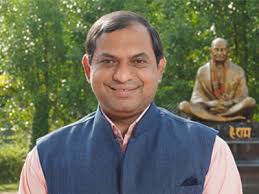 The policy making in the current top-down approach is not a sustainable model for India. Bridging the current process gaps can happen only by training professionals who are empowered to tackle the challenges of modern India. The idea of public policy being technocratic must be changed to understanding the art and science behind it.

They were speaking ahead of Union Budget 2021, when Kautilya School of Public Policy, Hyderabad, affiliated to GITAM (deemed to be university) hosted a high-profile webinar on “Budget 2021: Managing the Pandemic, Public and Policies” with public policy experts from across sectors. The session dovetailed into the challenges put forth by the pandemic on the Indian economy and how best to utilize the budget for the year to help the nation spring back from these troubled times.

The panel commenced with a statement marking the. The panel focused on how

The session panelists included  . The panel also consisted of the founding members of Mr..

The session elaborated upon the various aspects of health and education, that have not been given their due importance and are critical for a developing economy to contribute to its growth. The idea of empathy was spoken about to put ourselves in the shoes of the policymakers and not from an individual’s perspective when it comes to looking at the budget. The panel also touched upon the misuse of funds and how the government can intervene to help streamline this for a positive change.

Says Indermit Singh Gill  “The government has not really had an excellent record in terms of key reforms. So that’s one thing I would keep in mind if I was the finance minister. Taking from the past learnings, I would not do a big bang budget. It should rather be a series of smaller transformative initiatives that contribute to the larger economy and GDP.”

Adds Yamini Aiyer, President and Chief Executive, Center for Policy Research, “All the early lockdown surveys indicated, more than 65% of informal workers did not have enough savings for food for more than one meal within two weeks of not working. We must talk about a robust, inclusive social safety net, not just covering the poorest of the poor, but also the 50% of the population that the World Bank has defined as vulnerable. One single income shockwave will push you down to poverty, this means we have to think about a combination of safety nets that include urban workers.”

Ram Mohan Naidu, Member of Parliament (TDP) emphasizes “Being a parliamentarian, I would definitely not suggest going after the PSUs. There are some PSUs which might seem to be functioning not too well. But I would stress the government to take care of them rather than trying to sell them.”

Nidhi Razdan, senior journalist and former executive editor of NDTV focused on some important aspects that the budget should address, “As a salaried professional, a tax break should hopefully be on the cards for the middle-class salaried professional who pays the most taxes. Some people who are on the higher end of the tax bracket find themselves in the same tax bracket as multi-billionaires in this country, and to avoid that, we need to cast the tax net wider to help out people who have been honestly paying taxes and paying a lot of them.”

Shweta Rajpal Kohli, Head of Public Policy for Sequoia capital, India and Southeast Asia added, “While the first half saw almost 15% of startups shut down, we have seen a robust recovery from startups. India, in fact, ended 2020 with 37 unicorns, 11 of them added just this year. In the tech ecosystem, Edtech, Fintech and HealthTech have come out much stronger from the pandemic.”

Prateek Kanwal, Co-founder, Kautilya School of Public Policy on how schooling can be bolstered, stressed, “The government needs to invest rapidly in technology infrastructure so that the semi-rural population has access to computers to bridge the digital divide. So, you’ve to be empathetic to the more marginalized sections, especially to the vulnerable girls who have the risk to go back into child labor, child trafficking, and child marriage, and ensure that they’re cushioned off during the crisis.”

“I do not think any external factor is weakening our education system as much as ourselves. If we do not strengthen our foundations, then an investment for the long term is futile. Ensuring people have food on the table and have a house to rest under is a far greater investment for the present and we will face problems if this is not carried out. Allocation of resources for development of human and financial capital for the future is essential. For that reason, allocating any amount of budget of any amount or regulatory freedom to institutions is going to be beneficial” said Sri Bharat, President, GITAM, reflecting his thoughts on the immediate and long-term policies that the government should implement.

Sridhar Pabbisetty, Founding Director, Kautilya School of Public Policy advises von how the centre can practice its maxim of ‘minimum government, maximum governance’, stated, “The Rs. 42,000 crore building and other construction welfare cess can definitely be used more effectively, especially towards the wellbeing of construction workers and other labourers by various state governments. Another thing is that the government has taxpayer data and can reduce the number of people unable to pay taxes due to economic hardships – these people must be provided with restitution by the state. These are all targeted interventions they can do based on all the credible data that only the government has.”