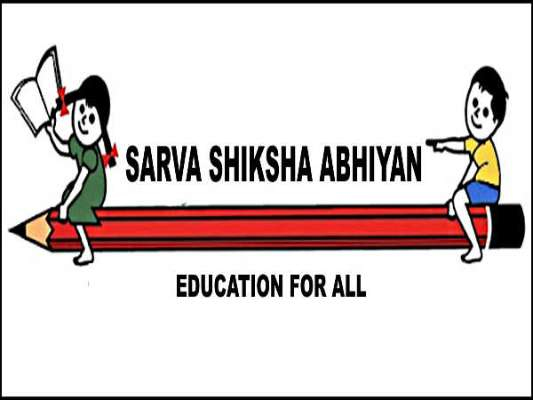 Take the case of Budhia from a remote village in Dumka district of Jharkhand. Son of an agricultural laborer, the 12 year old Budhia was toiling with his father and elder brothers in the fields and would have continued doing so like many of his past generations. Instead, he enrolled in the new local school that was set up in his village in 2006 and today after completing school and polytechnic, Budhia is a hardware technician in Mumbai.

Or take the case of Sitara from Chhapra district in Bihar. At the age of 10, she was pulled out of the local pathshala and asked to concentrate on household work. A typical fate of an early marriage, early motherhood and an illiterate life (prevalent in Bihar, UP, MP, and most North Indian states) awaited her. Till on the insistence of newly appointed village anganwadis, she was forcefully (against her parents’ wishes) admitted to the newly formed village school. 10 years later, Sitara after school and vocational training, runs her own fashion and hairstyle boutique in Delhi. Not only has she transformed her own life, she has done that of her parents too who no longer insists on her marriage—instead they thank themselves they had not forced Sitara into the drudgery of an early marriage.

What had turned the lives of Budhia and Sitara and numerous others like them and still doing so has been the Sarva Shiksha Abhiyan (SSA), the Government of India’s flagship program for achievement of Universalization of Elementary Education (UEE) in a time bound manner. Thankfully, for the likes of Sitara and Budhia, SSA has been one project that has till date worked under three different political regimes with not much fundamental tweaking and shrinking from its original form.

The scheme was started in 2001 by Atal Bihari Vajpayee government after modifying existing schemes such as District Primary Education Program (DPEP). The program got legal and constitutional backing after 86th Amendment, which made free and compulsory Education to the Children of 6-14 years age group a Fundamental Right. SSA was implemented in partnership with State Governments to cover the entire country.

When SSA was launched, the key objectives were to send back all children to schools, alternative schools or education centers, making them complete at least 5 years of primary schooling and 8 years of elementary schooling, bridging all gender and social category gaps and finally ensuring universal retention. Subsequently, the Right to Education (RTE) law came in 2010 giving the legal force to SSA implementation.

The focus shifted, or rather expanded to opening new schools in areas that do not have them or expand existing school infrastructures and maintain them better. Address inadequate teacher numbers and provide training to existing teachers. Most importantly, focus on girl children and children with special needs for a compulsory education. The aim is noble: the fate of females in India can be emancipated only through education. It is not only illiterates, in large parts of North India like Bihar, UP, MP, Rajasthan even literate and semi literate families believe in not educating girls properly—and even if they do so then force them into an early marriage thereby not giving her the scope to be economically independent on her own. The Sarva Siksha Abhiyaan has been a succor to many such girls, and though it has not led to complete female emancipation, many females have definitely gained. In fact, more educated and cultured states like West Bengal, Maharashtra and the Southern states have taken big advantages and female s have marched much ahead of the ‘so called BIMARU’ states, where change is happening slowly.

While the SSA project has been running successfully since 2001, in recent years, like many other government schemes, it too got its fair share of controversies. In 2015, the funds sharing pattern SSA was decided to be in the ratio of 60:40 between Centre and States (90:10 for the eighth North Eastern States and three Himalayan States). In fact, the initial decision was to have a 50:50 share. Subsequently, Bihar, Odisha, Puducherry, Tamil Nadu, Karnataka and West Bengal had raised their concern about this interim reduction of the central share of funding, following which it was rationalized to 60%.

Many surveys have brought out both the positives and negatives that have emanated out of SSA. The problem of drinking water in schools has reduced, though due to mis-management, a large number of schools had improved.

One of the biggest gains has been construction of more toilets, especially for girls and female teachers. Earlier, due to lack of separate toilets or even permanent toilets, girls of menstruating age used to drop out of schools—a trend that has been successfully reversed under SSA.

Blackboards, globes, charts, maps, radios have been provided as teaching materials though the general complain is these are of poor standards in most cases. Most schools still lack adequate number of class rooms and even relevant playground facilities.

Though free uniform and free text book subsidies have been provided, the general complaint is that these funds do not reach on time in many cases. The student-teacher ratio is another matter of concern while there is an urgent need of more special educators to meet the requirements of children with special needs.

A frequent criticism against the RTE Act was that it did not adequately focus on issues promoting quality education in schools. Therefore, in a landmark step, the Act was amended in 2017 to include, for the first time, the class wise, subject wise Learning Outcomes till Class VIII, thereby emphasizing the importance of quality education.

In this regard, Learning Outcomes for each class in Languages (Hindi, English and Urdu), Mathematics, Environmental Studies, Science and Social Science up to the elementary stage was developed. These are the basic levels of learning that children should arrive at the end of each class.

Even Learning Outcomes was further bolstered with later initiatives under SSA. Padhe Bharat-Badhe Bharat was launched in 2014 with a twin track approach focusing on language and math as follows:

In January, 2017 the government launched a dedicated web portal ShaGun for monitoring the progress of Sarva Shiksha Abhiyan.  The portal was developed by World Bank in collaboration with Union Ministry of Human Resource Development. Its name has been derived from the words Shala (means chools) and Gun (i.e. Gunvatta meaning Quality). ShaGun portal was developed with a twin track approach to monitor schools under the SSA and also the quality of education imparted by them. It captures and showcases innovations and progress in Elementary Education sector of India by continuous monitoring SSA. ShaGun helps in monitoring progress in implementation of SSA by assessing the performance of states/UTs on key parameters that helps Government to plan and deliver quality education to all. It collects and reports data to enable the government and administrators to track the efficiency with which SSA funds are being utilised and the results are being delivered.

The importance of Sarva Siksha Abhiyaan can be assesed from the budgetary allocation made by the Government. In FY18-19, while Rs 85,010 crore was allocated under Ministry of HRD, a whopping Rs 26,129 crore was allocated under SSA –that is nearly 30% of the overall HRD budget. Though this was an 11% increase over the allocation made the previous year, it still remained far below the resource estimates made by the MHRD. In the previous fiscal, FY 17-18, while MHRD estimated a resource of Rs 55,000 crore, SSA only received RS 23,500 crore.

While the numbers can be a cause of debate, the alarming situation is that according to National Achievment Survey only 36% of students scored more than 50% in reading comprehension and 37% scored more than 50 in mathematics comprehension. Governments would come and Governments would go, but to really make India a developed nation we would need more stronger coordination between the MHRD and Ministry of Finance. Are Mr Pokhriyal and Ms Sitharaman listening? The Budhias and Sitaras and millions more like them are looking up to you.