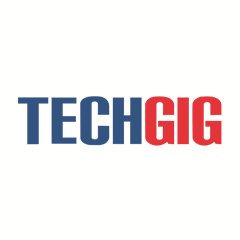 One of India’s biggest IT learning communities – TechGig – will host an exclusive career fair for women engineers in Bengaluru on November 9, 2019, to mark the closing of its spotlight diversity event titled, TechGig Geek Goddess 2019.

Geek Goddess is an annual hackathon hosted by TechGig which brings together women technologists to compete and showcase their coding skills. In its fifth edition this year, TechGig is hosting a career fair along with a closing ceremony to boost the employability of women technologists.

About half a dozen of India’s biggest IT companies will be participating in the career fair, namely American Express, Hexaware, JetBrains, Automation Anywhere, Capgemini, Goldman Sachs and others. These companies are looking for experienced professionals in a wide range of new-age skills as Machine Learning/Artificial Intelligence, Deep Learning, Distributed Systems, REST, JSON, AWS production, Docker among several others.

The vacancies at the career fair are open for junior to middle-level professionals. The job positions range from Front-end Developers, Mobile Engineers, Infrastructure Development, Migration/ Modernisation among others.

Said Sanjay Goyal, Business Head, TimesJobs and TechGig , “We host TechGig Geek Goddess every year with two specific goals – one, provide an unbiased platform for women technologists to rise and shine based on their coding talent; and the second one being helping progressive companies to spot innovative ideas crafted by our enthusiastic participants. This year, we have taken the excitement to another level by including an offline career fair as part of the final day celebrations. This will help the participating companies meet talented programmers face to face and hire the right fit for their firm on the spot”.

TechGig Geek Goddess 2019 noted 73,387 registrations. All the code submissions underwent many checks and only 375 participants, or 0.51% of the total participants, have been invited for the finale offline hackathon on November 8, 2019, in Bengaluru. “

TechGig Geek Goddess 2019 edition was announced on August 19 and was closed for submissions on October 21. This year’s edition hosted cutting edge technologies as hackathon themes such as Artificial Intelligence (AI)/Machine Learning (ML), Robotic Process Automation (RPA), Cloudify everything, Solution hunters’ hackathon, among others.