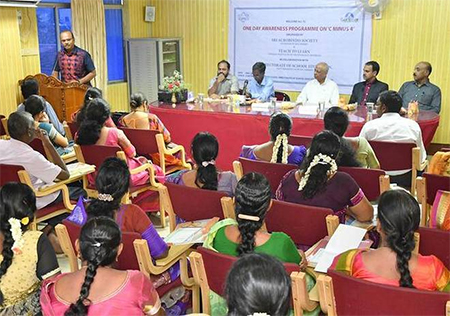 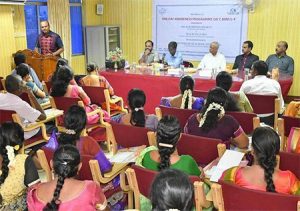 T.P. Raghunath, Director, Svarnim Puducherry, Sri Aurobindo Society, reportedly said the programme C Minus 4 is part of an effort to create employable youth by imparting skills to students through a well-tested programme wherein children of Class C (Eg. Class VII) would get trained in cognitive and non-cognitive skills to teach children of Class C Minus 4 (Eg. Class IV). An awareness workshop for teachers of the 10 government schools will be conducted by the team from IIT Madras headed by Prof. Pijush Ghosh from Department of Applied Mechanics and Anuradha. This will again be followed by a five-day training workshop for students of VIIIth standard along with their mentor teachers where the IIT-M team will impart training to take the programme forward.

Sri Aurobindo Society would facilitate and support the programme by providing logistic support and by looking at the impact of the programme’s outcomes, said Mr. Raghunath reportedly. According to a statement made by Vijay Poddar, Member Executive, Sri Aurobindo Society, the programme was part of the Sri Aurobindo Svarnim Puducherry (Golden Puducherry) an initiative to commemorate the 75th year of Indian independence and the 150th birth anniversary of Sri Aurobindo which would be on the August 15, 2022. The society, ss part of the initiative, has planned to get in the best practices in education, agriculture, health and tourism sectors in order to transform Puducherry into a model State by ringing in the participation of every stakeholder across non-government, government,corporate, educational institutions of excellence and peoples’ institutions.