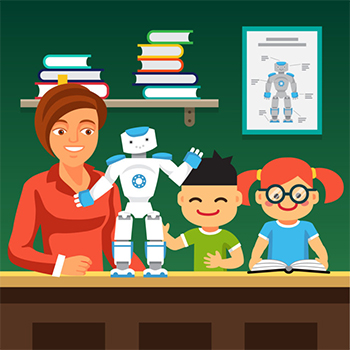 The introduction of artificial intelligence and machine learning modules in earlier years should be the focus we have come to inhabit in a machine-centered, digital-premised world. Indeed, while computer science as a major undergraduate has gained prominence long before the early 2000s Dot Com bubble, the prerequisite computer science and programming skills in the high school curriculum have always been playing catch-up.

Machine learning and artificial intelligence have recently emerged as the bread and butter of the entire IT and software sector, with spillover effects even in other industries that have become high-volume data platforms. Data science itself has emerged as a distinct function as well as its own field, and early introduced machine learning skills can only help with much more elan to embrace mainstream careers.Several internationally renowned institutions such as MIT and Carnegie Mellon University have recently announced multi-billion dollar research centers and full-time training modules on artificial intelligence and machine learning, indicating that these specializations are now widely available at the undergraduate level itself.

What was previously only available at the postgraduate level, requiring students to think only as a consequence of specialization at the undergraduate level, is now available a few years earlier. Indeed, closer to home, IIT Hyderabad has launched an artificial intelligence undergraduate degree. One can certainly expect more and more high school students to get to know artificial intelligence conceptualizations at an early age. This can be accomplished most effectively by introducing K-12 education technology services, such as some of Pearson’s suites through its K-12 courseware. Successful integration of such services into the school curriculum may prove to be a legitimate leg up.

This shift itself can be monumental in a country where there is currently no employability of four-fifths of the engineering junta.