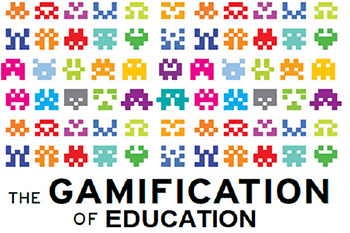 Not everybody excels or develops for a variety of reasons in the classroom — but a new generation of edtech startups in India think they’re on to something when it comes to making learning much less tedious: gamification, or the integration of gaming-like experiences into lessons.

Cuemath is an interactive math learning platform. Indian schools and educational levels at the pre-university level emphasize students with a strong mathematical foundation. Cuemath Founder and CEO Manan Khurma realized that in the formative years of a child, a lack of understanding in these areas often leads to “math anxiety” for a lifetime.

“For most children, learning math can be difficult, mainly because of the traditional methods of teaching the subject that encourage children to rote-learn formulae. Our endeavour is to enhance the quality and method of math learning and teaching so that the subject is seen as a skill, not a liability. “Puzzle cards, workbooks, tabs and math boxes are part of Cuemath’s multi-format math approach.

Gamification proved to be a tremendous advantage for Khurma and its developer team. The startup launched the first ever “Mathematical Universe” developing a set of characters that embark on story-based math-based adventures. This comic book-style medium allows the student to interact tangibly with the mathematical universe’s infinite possibilities. An in-house team of artists and product designers developed the comic books— Thomas Tallman and Friends for kindergartners to second graders, Zero Squad for third to fifth graders, and Kalina and the Shards of Singularity for sixth to eighth graders.

Teachers on the platform, called Teacher Partners, undergo several training rounds before becoming facilitators of Cuemath’s curriculum. “While most teachers are used to a traditional form of teaching, the mentality is changing today. Many of our teachers realize that students need better guidance to understand concepts and are not well-equipped to deal with these challenges,” Khurma explains.

There are currently 20,000 students on the platform. The Cue Teacher App has been downloaded by 2,500, while the Cue Parent App has been downloaded by 20,000. The startup collects data measuring the progress of students, generating data points on the number of worksheets a student completes in each class and tracking their speed and accuracy while solving mathematical problems. The app also monitors and shares this feedback with parents and teachers. An integrated “adaptive tech” in the Cuemath app helps to evaluate each student’s skill level and then develop a curriculum for teaching.

Gamification is gaining immense popularity among other edutech startups such as Toppr and PlayAblo, apart from Cuemath and BYJU’s. Toppr co-founder Zishaan Hayath says, “Gamification has a tremendously positive impact on India’s students. Not only does it help them to gain confidence in classrooms, but it also dramatically alters the perception of Indian education. Indians have relied on rote learning for centuries, but gamification now helps students better than ever to understand subjects.