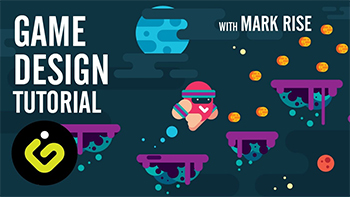 Technology-driven learning apps use gaming elements such as point scoring and interaction with other “players,” customization, and data-driven insights to help boost students ‘ learning process and sharpen their basics in multiple subject areas. Edtech startups customize the classroom experience for thousands of Indian students, allowing them to compete in classrooms with peers and eventually board-level examinations.

BYJU’S is one of India’s leading gamification wave edutech startups. With the support of the Chan-Zuckerberg Initiative, Tencent and Sequoia Capital, BYJU’S is using a combination of gamification techniques to keep students engaged in its app. For example, when the app asks, “Hey, have you answered that question a little too quickly during a practice test round?” the goal is to get students to think more about how they approach learning. Other scenarios involve the student embarking on an adventurous path to find the right answers to questions or give “lifelines” to students during testing.”Exams are known to be very anxious for children. But when the same challenge as a game is presented, user engagement is much higher due to positive reinforcement,” says BYJU ‘S Chief Product Officer Ranjit Radhakrishan.

“When learning is a stressful process, motivation and the quality of education of a student are hampered. Learning is continuous, interactive and highly effective with gamification, personalization and positive messaging,” says Prakash Ramachandran, Chief Technology Officer at BYJU’S.

According to the company, 93% of parents reported a marked improvement in the grades of their children following the use of the BYJU’S app. There are 15 million registered users on the platform, with 900,000 taking annual paid subscriptions and an 85% renewal rate. The company reported a 53 minute a day average app commitment rate.

To achieve a high level of user engagement, BYJU ‘S relies heavily on technology. Ramachandran explains that there are several teams of engineers, designers and creators of content performing video creation, scripting, design, UI / UX, technology and product development. Moreover, before building a game around it, the team conducts concept tests on children in real classrooms. “This exercise prepares us to handle questions, capture effective methods of teaching, and understand where children encounter barriers while learning,” he says.Learning facilitators map knowledge graphs on the basis of real-time feedback and analyze specific sections of chapters that are considered especially challenging for students. The app adjusts to the adaptability of a student by customizing a learning module in this way and intuitively guides him to perform better.