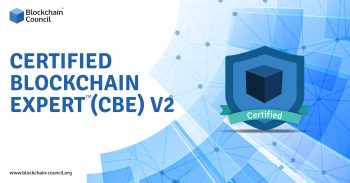 Getting involved in the blockchain space is pretty simple. Study the underlying fields of computer science that brought blockchain technology into being. Cryptography, Distributed Computing, and Mechanism Design are these fields. They were all studied for years alone, but when they were brought together by Satoshi Nakamoto it created a new revolution. If you get involved in this space, studying these will greatly mitigate your risk. Compared to being a crypto investor, or even a solidity developer, it is a more robust knowledge base to have as it is less certain that solidity will be around in 10 years compared to these fields of computer science (see Lindy Effect). Knowledge in these fundamental fields is highly sought-after in blockchain space, and the amount of people putting in the hard work to learn these topics is disproportionately skewed to the amount of money flying into space, meaning your time to study them will definitely be worth it. These basic topics have been around for decades, and due to some hype cycle, they have not changed. This tech is here to stay, whether the bubble crashes or falls.

When Bitcoin brought together the methods of one-way functions, digital signatures, mechanism design, and distributed computing, we created, with little to no centralization, the first valuable distributed trusted network worldwide. Before bitcoin existed, there was the best comparison between a distributed global peer-to-peer network that we had been torrenting websites. They worked well enough, but the incentives to be good actors in the network for peers were missing. Anyone, including malicious software, could post anything and go unpunished. There was also no good incentive for peers to volunteer to upload data to the network on their own computer.

We are now seeing full-scale distributed computing systems with economic incentives built into blockchains, and we can now test new distributed computing problems on a scale with real skin in the game. Many of the new Proof of Stake models (such as Ethereum’s Sharding) are actually highly experimental, and Ethereum generally faces some difficult, well-known computer science issues.

It is both extremely exciting that we have the opportunity to study distributed peer-to-peer networks on such a large scale, but it is also dangerous how much confidence we have placed in this relatively new software. Expect a ton of research in this field of computer science to be done, now that we have the ability to attack it on a global scale. To sum up, we’re going to need more computer engineers who understand distributed computing!

Keep watching this space to know more about mechanism design.