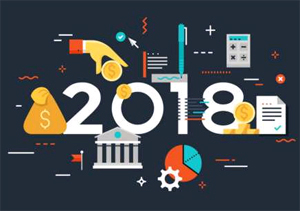 2017 was an amazing year for edtech, it raised a whopping $3.5 billion last year. 2018 is coming across even better than its predecessor. Let’s take a look at some of the biggest edtech space acquisitions in the first quarter of 2018.

Adecco, the Swiss temp staffing firm acquired General Assembly (GA) for $412.5m. GA is probably the first boot camp to scale such staggering heights. Its current statistics boasts of raising $120m, $100m of revenue in 2017 with a 30% YoY growth (said to be break even), 20 campuses, 33 Fortune 100 clients, 10k hiring partners, 50k graduates, and 40k current students. Created in 2011 and a Pioneer in the mass market boot camp, GA is the 2nd of its kind to exit after Wework acquired Flatiron in 2017 to offer new services to its customer. The boot camp market (online, mixed & offline) is gaining maturity with 10x more students in 2017 than in 2012. This results in more and more expectations from students and corporate and traditional universities also entering the boot camp market.

Created in 2004, Pluralsight the iconic tech training company filed for Initial Public Offering (IPO). The company has raised $238m and generated $167m of revenue in 2017 (vs. $132m in 2016) and is expected to go public in May after Dropbox, Spotify or Zuora.

Edmodo was acquired by NetDragon, a Chinese gaming and education company for $137.5m. The teacher/parent/student communication app with a free to use model was created in 2008 and is a flagship edtech company with over $100m raised, 90m users, 400k schools and $1m in revenue in 2017. They conquered the K12 market in the US and abroad but failed to monetize their audience: the operation valued an Edmodo user at $1.50.