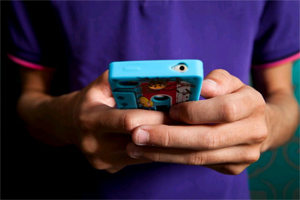 The Annual Status of Education Report published in January 2018 presents a sort state of affairs regarding the education status of teenagers in India. As per The ASER report, More than seven out of ten children in the age group of 14-18 years can use a cellphone, but cannot read basic text fluently in their language. The report also indicated that females have reduced access to cellphones as compared to males.

As compared to the 12 percent males, 22 percent of females have never used a cellphone. The survey was carried out in 28 districts of 24 states, with four domains in focus, namely what are the children of this age group (14 to 18 years) doing, their ability, awareness and aspirations. The idea behind the survey was also to understand what kind of familiarity and exposure to the technology children have and how much they enjoy it. The statistics will also help to introduce mobile education in the organizations in the future. Mobile education has already been widely adopted in countries like U.S and U.K. Mobile learning will transform the method of learning for new generations of learners because it offers the opportunity to use active learning strategies and for learners to learn in their own context, which will result in higher-level learning. As per research, the increase in video-based learning on mobile devices will eventually account for 80 percent of all internet traffic by 2019.

ASER 2017 has focused on 14 to 18-year-olds, who have just moved beyond the elementary school and are the first batch to pass out of class VIII after the implementation of the Right to Education Act, 2009.