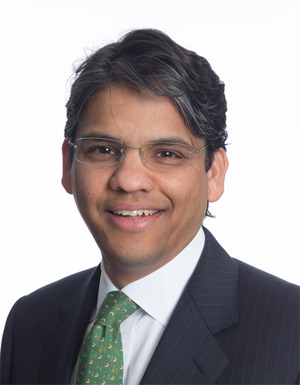 Cognizant U.S. Foundation to Focus on Digital Education and Skills Training Initiatives Across the United States

Cognizant (Nasdaq: CTSH) today announced the formation of a new  non-profit foundation to support STEM (Science, Technology, Engineering and Math) and digital education and skills initiatives for U.S. workers and students.   The foundation will be established with an initial grant of $100 million.

As a rapidly growing global company providing consulting, digital, technology and business process services, Cognizant is one of the largest technology employers in America.  In 2017, Cognizant added more than 6,000 U.S. workers and plans to grow its U.S workforce by at least an additional 25,000 over the next five years.

The grant to the new foundation is a result of anticipated benefits due to recent changes in U.S. tax laws.

The new foundation will focus on funding education and skills programs in multiple cities and states to help improve opportunities for U.S. workers and students. According to the U.S. Bureau of Labor Statistics, by 2020 there will be a 1.4-million-person gap between software development jobs and qualified applicants to fill these positions in the U.S.

“As the digital economy expands rapidly and changes the way businesses, organizations and governments operate, we believe it should create opportunities for all Americans,” said Cognizant Chief Executive Officer Francisco D’Souza. “Unfortunately, because of a very real skills gap, there are far more open jobs for technical work than there are trained workers to fill them.  A recent Cognizant Center for the Future of Work report on 21 Jobs of the Future identifies artificial intelligence, virtual reality, big data and other technologies as the new tools of the trade.  The Cognizant U.S. Foundation will directly address the existing technology skills gap through innovative programs focused on educating a wide range of Americans and preparing them to thrive in the digital era.”

The Cognizant U.S. Foundation, which will be organized as a 501(c) (3) non-profit organization, will fund STEM education and skills programs, public-private partnerships and other initiatives designed for high school graduates, community college and college students, military veterans and others in the workforce looking to obtain specialized technical skills for digital technology jobs. The foundation will help prepare American workers and students for roles in the digital economy and will build on Cognizant’s global commitment to training technology professionals, reskilling and upskilling workers, and giving back to local communities.

Rajeev Mehta, Cognizant’s President, said, “As a major U.S. technology company and employer with nearly 60 U.S. facilities and clients in 49 states, we have insights into the needs of communities across the country as they seek to fully join the digital economy.  In our work with clients, we see every day the growing shortage of skilled technology workers and believe the education efforts of the Cognizant U.S. Foundation will be good for American workers and students, our communities, and the overall American economy.”

To support its growth, Cognizant currently has recruiting, training and reskilling efforts underway in several American cities where it operates, including the Bronx, New York; Des Moines, Iowa; and Tampa, Florida.  The company has plans to expand its training programs to Phoenix, Arizona; Dallas, Texas; and Charlotte, North Carolina in the near future.  The Cognizant U.S. Foundation will support a broad range of further education and skills initiatives.

Additional details will be announced, and the official launch of the Cognizant U.S. Foundation will be held during an event planned to be held in Charlotte, North Carolina later this spring.