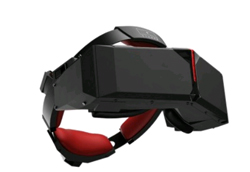 Technical advancement has shaken hands with the education sector. Educational institutions have been pressing all the required buttons to bring the best of it to the table. Schools and colleges are under extreme pressure to deliver technology-enhanced learning.

Virtual reality is the game changer and front-runner of the technical advancement in education. It promotes content-rich learning and social interaction inside the classroom. The visual element of virtual reality enhances the relationships between concepts and information and proves to be better than reading alone.

Major corporate giants like Facebook and Google have entered the VR education market. Facebook acquired Oculus Rift in 2014, leading to speculation about its educational applications. Google introduced Google cardboard in 2014. It is a low-tech piece of equipment that creates an immersive experience using cardboard and a smartphone. Another introduction by Google is Google Expeditions App, which uses Google Cardboard to create a VR experience for explorers (students) via a field trip (virtual) by guides (teachers).

However, the high price of such equipment has still kept it away from being a regular thing in classrooms. An Oculus Rift headsets cost $600. If Facebook decides to introduce them to classrooms, the distribution will be in limited numbers. Although Google Cardboard is inexpensive, a Google Expeditions Kit for thirty students is available at Best Buy for $9,999. The cost comes to $333 per student, cheaper than Oculus. But it still is beyond the reach of many public schools.