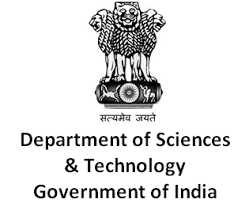 Major developments/ achievements/ Main highlights of the activities of Department of Science and Technology during the Year 2017 are as follows:

o   The 104th Session of the Indian Science Congress was inaugurated by the Prime Minister, Shri Narendra Modi , on 3rd January 2017 at Tirupati.

Indian Science Congress is an important annual event for the scientific community of India in which thousands of Scientists, researchers and science students take part in the scientific deliberations.

o   The Union Minister for Science & Technology Dr. Harsh Vardhan released the Special Edition of “Atlas for Visually Impaired (India)” in English Braille on 10th February 2017.  This Braille Atlas has been prepared by National Atlas and Thematic Mapping Organisation (NATMO) under Department of Science & Technology.

o   “nakshe” Portal launched by Dr. Harsh Vardhan on 250th Anniversary of Survey of India on 10th April 2017. Topographic maps or Open Series Maps (OSM) containing natural and man-made geographical features including terrain or topography are prepared by the SoI since its inception in 1767 and is in conformity with the National Map Policy-2005. These OSM maps have been made available for free download from “nakshe”web portal in pdf format on 1:50,000 scale through Aaadhar enabled user authentication process, in line with Digital India programme of the Government of India.

o   Technology Day was celebrated on 11th May 2017 to commemorate India’s success in taking Science and Technology to the service of the country.       Technology Day commemorates India’s success in using science and technology to address the challenges facing the country. On 11 May 1998 the Pokhran test was conducted. Prime Minister Atal Bihari Vajpayee declared India a full-fledged nuclear state after operation ‘Shakti’ and it made India the 6th country to join the Nuclear Club.

o   The President of India, Shri Pranab Mukherjee inaugurated the Bose Institute’s Unified Campus at Salt Lake, Kolkata on 29th June2017.
Speaking on the occasion, the President said, that it was indeed a privilege for him to be present on the occasion of inauguration of the unified campus of the prestigious Bose Institute. He stated that almost a century ago, J.C. Bose, dedicated this Institute, the first of its kind in the country fully devoted towards scientific research, to the service of the nation. Today, with the inauguration of this new campus, Bose Institute is embarking upon a fresh phase in its journey, more so befitting as the Institute celebrates its Centenary this year.

o   A commemorative stamp was released to mark the occasion of 250 years of Survey of India by the Minister of State for Communication (I/C) and Railways Shri Manoj Sinha on 22nd June 2017.

o   India and Canada Technology Summit, inaugurated on 14th November 2017 –  India and Canada opened a new chapter in their bilateral relationship with the start of a two-day India-Canada Technology Summit in New Delhi.  The Summit, organized jointly by the Department of Science & Technology (DST) and Confederation of Indian Industry (CII) was inaugurated by Union Minister for Science & Technology and Earth Sciences, Environment, Forests & Climate Change, Dr.HarshVardhan and Canada’s Minister of Innovation, Science and Economic Development, Mr. Navdeep Singh Bains.

o   Mission Innovation Smart Grids Workshop –  Mission Innovation challenge on Smart Grids is collectively working to enable future smart grids powered by renewables.  20 participating countries with India, Italy and China as Co-lead are working together to realise this aspiration.  An international workshop was organised during 16-19th November, 2017 at New Delhi to define research priorities and develop action plan for time bound action for realisation of these objectives.

o   The President of India, Shri Ram Nath Kovind, graced and addressed the closing ceremony of centenary celebrations of the Bose Institute in Kolkata on 29th November, 2017. Speaking on the occasion, the President said that the Bose Institute occupies a unique and exalted position in the landscape of Indian science. This was one of the earliest scientific institutes to be established in the country. It has served the cause of science and served the cause of India. It has contributed much to research in the biological and physical sciences. At the same time, this Institute has had a very active social outreach programme in rural Bengal through its rural bio-technology initiative. It has also been pursuing educational uplift programmes for school children in various states of the Northeast. Truly, it is making an honest effort to spread the culture of science and innovation down to the grassroots of our society.

o   A new scheme called SERB Distinguished Investigator Award (SERB-DIA) has been approved for early identification and empowerment of exceptional scientists. The scheme aims to recognize and reward the young scientists who have performed extraordinarily well in the SERB supported projects under its Extra Mural Research scheme, but are yet to reach the stage of advanced professional recognitions like SS Bhatnagar awards/ JC Bose fellowships etc. The awardees will receive honorarium of Rs 15,000/- per month for a period of 3 years and will be awarded a project to further develop their research.

o   TARE (Teacher Associates for Research Excellence) Mobility Scheme:  A new scheme has been formulated and approved by SERB, which aims to activate the latent and unused R&D capacity in our colleges and state universities that lack S&T infrastructure and culture. The TARE scheme will allow undertaking of part-time research by the faculty working in a regular capacity in State Universities or Colleges by integrating them in Academic Institutions such as IITs, IISc, IISERs, National labs, etc. located in the same city where the faculty member is working.

o   MANAK (Million Minds Augmenting National Aspiration and Knowledge): In the context of Start-up India initiative of the Government, implementation of MANAK has been initiated to foster culture of scientific innovation among school children of class VI to class X. This will significantly broaden the base our innovation pyramid to produce future entrepreneurs in large numbers. The programme has been targeted to encourage children to visualise/analyse needs of the society inspire them to devise innovative ideas to address them.

o   Materials on Energy Storage (MES): A new programme on the Materials on Energy Storage (MES) to support R&D activities aimed at innovative materials for energy storage, and to build energy storage device with enhanced output for multifunctional applications was launched during the year. Aiming the efficient use and further increase of renewable energy, and demonstrating its value in terms of flexibility in the energy systems are the prime objective of the initiative. 130 proposals were received and 18 were approved for funding.

o   SERB Goes Online: Science and Engineering Research Board has become 100% online for processing of all proposals under its various schemes. This has helped thousands of Scientists to submit their proposal and see the decisions online without wasting time through paper correspondence. This has also improved the speed of decision making and transparency on the submitted proposals.

o   Complete Online Processing of INSPIRE: Innovation in Science Pursuit for Inspired Research (INSPIRE) program which has 5 components and enrolls nearly 1.5 lakhs students every year. It is completely ONLINE process right from submission of application to release of scholarships/ fellowships etc. to every student under the scheme through web-based system. For the last 3-4 years it is functioning in a complete paperless mode. Students from across the country use this web-based ONLINE system and get the benefits of this scheme.

o   An ONLINE web-based system has been introduced for FIST scheme which supports R&D infrastructure. Processing of proposals right from submission of applications to release of funds to the Departments/ Colleges would become easily accessible and transparent with this initiative.

o   Greater Access of High-end Equipment/Facilities: A common webportal is being developed which will be populated with the name of high-end equipment and facilities available with the institutions/ universities and their online booking and use in a transparent way. This will facilitate researchers/ students the access of these facilities. The portal will be launched with full functionality by the end of 2017.

o   India S&T Portal:  Development of an ambitious India S&T Portal has been initiated with the objective to provide one stop information centre to school students, scientists and the society at large on various schemes and programmes/activities and major achievements in S&T. This would be a 360-degree view and connect to all the stakeholders and activities of S&T in India.  An internet-TV channel on S&T is also in the advanced stages of planning and execution. Currently, systems are being set up for production of contents.