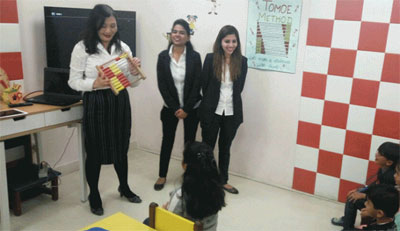 KIWAMI – the Japanese EdTech company has recently tied up with 10 Kendriya Vidyalaya’s in Ranchi in an endeavor to educate Indian students, teachers and parents on the numerous benefits of ICT based education. The company has aggressive plans for India and would like to expand to other cities and states in the coming months.

KIWAMI’s “TAMAI” Method has been effectively brought into numerous schools, kindergartens and significant educational centers in Japan. It’s interesting 3D environment for learning geometry is new instructive technique and has earned positive notoriety in enhancing youngsters’ scholarly results. This technique has likewise been adopted in Hong Kong, Thailand and Vietnam.

Mr. Siddharth Marwah, Director, KIWAMI said, “The successful integration of Tamai method in Ranchi government schools is a proof of acceptance of new exciting methods of learning even from smaller towns and we are very much positive that going forward we will be in other cities and towns soon.”

Ms. Mitsuyo Tamai, Founder, KIWAMI said, “We are very much pleased that not just schools in metro cities but in smaller cities are very much eager to give something new to its students and our proven methods across the globe will be there to stay and make its mark in the education system of India.

Established by Mitsuyo Tamai , KIWAMI is an out of school program which prepares the kid out of school limits and sets him up or her to confront the word. Moreover, KIWAMI is a self learning and cloud based learning framework, where youngsters from pre-school till class eighth can be a part of the structure. More than an educational cost focus, KIWAMI is a learning focus where students are occupied with free and self coordinated learning exercises with help of precisely arranged materials arranged to encourage learning results.