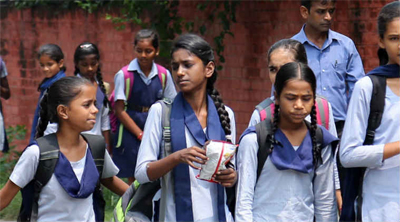 With Marathi-medium schools failing to attract kids, the schools are facing the inevitable conclusion — shutdown.

With an aim to improve the government school system in Maharashtra, the Human Resource Development Ministry has directed the state government to form a strategy to address the shift of enrollment from government schools to private ones. Union officials also pointed out the enrollment shift from Marathi to English medium schools. According to the Project Approval Board (PAB) 2016-17 meeting, there was an increase of enrollment in English medium schools by 2,65,478 in 2015-16 as compared to 2014-15. At the same time the Marathi medium schools have witnessed a decline in enrollment by 24,228 in 2015-16 as compared to 2014-15.

According to the latest state government statistics, over 4,000 children have switched from private schools to government ones this year so far. The top five districts witnessing such migration are Ahmednagar (256), Satara (197), Latur (146), Bhandardara (118) and Thane (48). The switch is happening in all classes. Even though the shift started a couple of years ago, the government started compiling data only this year. Mumbai is not included as schools here are under the municipal corporation.

The situation in Mumbai

With Marathi-medium schools failing to attract kids, the schools are facing the inevitable conclusion — shutdown. The decline in enrollments has crossed a demoralizing 60 per cent mark. More than 30,000 students have dropped out of civic schools in the past five years, according to a report by Praja Foundation, an NGO. This is despite the fact that the Brihanmumbai Municipal Corporation (BMC) has a mid-day meal plan and charges very low fees in its schools. Principal Secretary of School Education Nand Kumar could not be reached for comment.