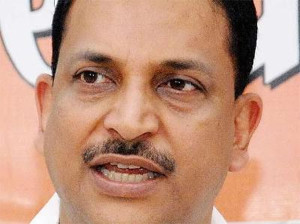 A high powered committee set up by the union ministry of skill development and entrepreneurship will upgrade quality of training imparted in Industrial Training Institutes (ITIs), syllabus and curriculum in India. The committee which has Rajiv Pratap Rudy, union minister of state concerned as its ex-officio head will submit a report in two months’ time. The committee will look at equipment and most modern systems of training that can be imparted at these ITIs.

Interacting with members of Kanara Small Industries Association on Monday, Rudy said ministry has plans to set up training equipment parks where ITIs in the country can have a look at the state-of-the-art training equipment. “Most ITIs are not aware of the presence of such equipment that can change the way skills training can be imparted,” he said. Such parks could come up in various parts of the country and be stream specific such as robotics, automotive and so on.

The other major lacunae that ministry is striving to address is to recognize the two-year ITI training obtained by class eight and 10 drop outs to study further. “At present there are nearly 1.8 million ITI trained students who hit a roadblock in their quest to study further for their degrees is not recognized for entry in to plus two or degree level,” he said. The ministry will ask National Open School to conduct a language test for such students to grant them equivalence.

Once NOS certifies a student, he/she can seek admission for higher studies with either central or state education boards such as CBSE, ICSE or as the case may be, Rudy said. This will ensure that an ITI student is not denied the right to higher education, be it technical or professional, he said. Such an endeavor will push more students to take up skills education in the knowledge that they can pursue their higher education. “The guidelines will be issued this week,” he said.